Colorful Images of the Subconscious Identity

On the Abstract Visual Language of Gilberto Frómeta

Gilberto Frómeta (Havana, Cuba, 1946), the third artist presented by the ArteMorfosis Gallery in 2015, is also part of the first generation of post-revolutionary Cuban artists. He was initially known in the Caribbean island state, and later internationally, for his images of horses painted in black on a white background. However, the focus of the artist’s first Swiss exhibition Tropical Light is the abstract painting that has appeared in his work since 2001. A selection of powerful color paintings from the years 2005 to 2015 are presented.

The artist offers the following explanation of why and how he evolved from the initially monochromatic realistic themes to the strongly colored abstraction: “I reached abstraction because I wanted to include color in my works. My previous work had been monochromatic for many years. Until then I had feared that colors would make my paintings frivolous. That is how I arrived at abstract expressionism without having a specific artist as ideal. At the same time I observed children scribbling when they learn to hold a pencil as well as the airbrush painting technique. Overall, the road to abstraction was a culinary act that lasted several years.“1 The liberation from realistic painting to abstraction is an evident step, and said development may be retraced in his work.

While the horses in the black and white drawings and the works on paper in black ink from the early years were often inspired by photographs, the transition to abstraction and to the color palette allowed him greater freedom of artistic expression. In 1987 the first abstract horse head appeared in the painting Celos (Jealousy) which, in addition to black, also contains red. In 1993/94 Frómeta began to work with acrylic colors, and the horses first became increasingly surrealist and then abstract. Newly added is the non finito. That is, he takes the liberty of leaving subjects unfinished. Consequently, the successive motifs were increasingly more abstract. In Daring (2001), he presented his first abstract horse – a brightly hued painting of intense colors in different tones of blue with a red accent. Starting then, the artist concentrated for several years on the development of non-figurative painting. 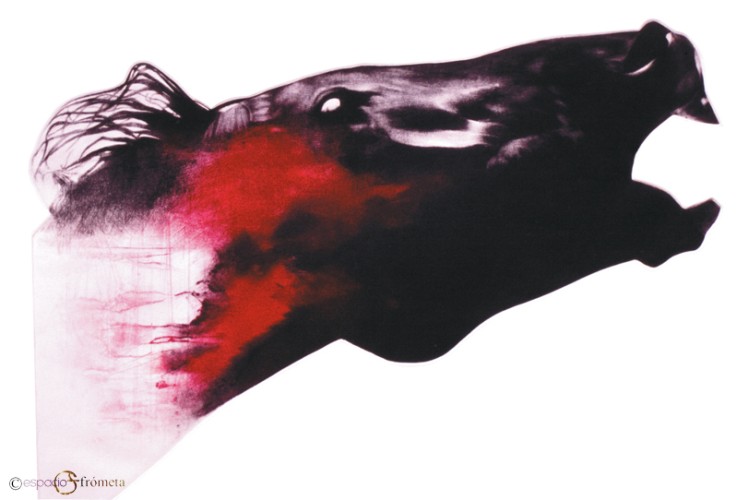 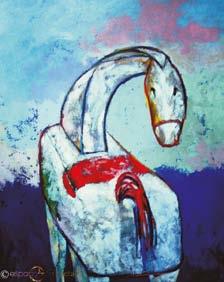 There followed numerous color experiments with the airbrush, dripping and scraping techniques and action painting. In the act of painting, in applying layer over layer of industrial colors – acrylic on the bottom and oil above – he now employs the most diverse tools such as paintbrushes, spatulas, mason’s trowels, brushes or whatever is at hand. His aim is to highlight the unknown, the subconscious.

In contrast, the titles of the works, which in most cases he designates after the paintings have been completed, limit the viewer’s reading of the images or lead them in a specific direction. So, for example, due to its application and structure, which resemble drops, we easily understand the light gray color layer on top in the 2005 painting Rain as water running down the window when it rains. The red, blue and yellow paint layers that remain below and their partially transparent brown and green mixed shades enable us to see the artist’s free working spirit. In certain places the colors have been eliminated or removed using different tools, as if the surface had been damaged. Above, on the right side of the painting, one can see the eye of a horse, which confirms that Frómeta had painted over one of his horse paintings. On numerous occasions he painted over his works in that way during his four-year stay in China.2 With this process the artist liberated himself of the horse, his inspiration for many years, which he sees as man’s best friend. His fascination with the powerful animal, without which the western man could not have achieved everything he has created (think of agriculture, the first means of transportation and construction) has remained until today. 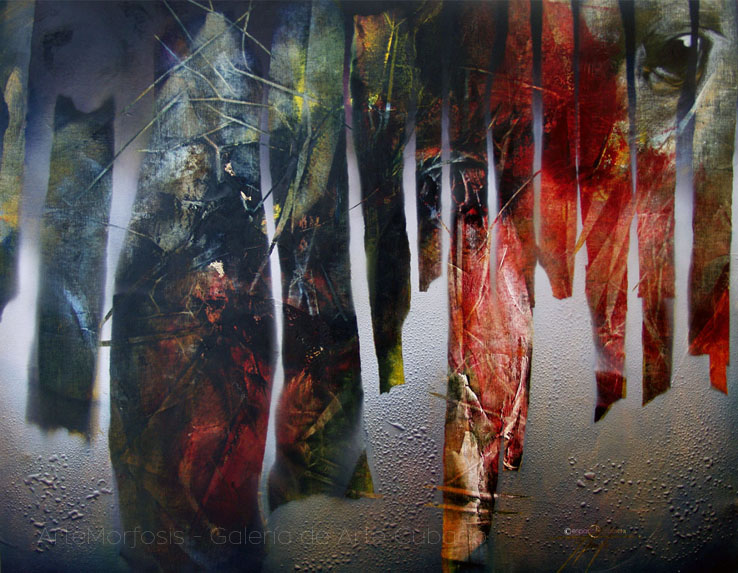 As stated by Frómeta himself, his abstract works should be regarded as a continuation of abstract expressionism. This artistic style developed in the United States from the early 1940’s through the early 1960’s with Jackson Pollock (action painting) and Barnett Newmann and Mark Rothko (color fields) as main representatives. As in their case, the Cuban artist’s interests lie in the expressive creation of the subconscious. The artistic trend of abstract expressionism, although initially disliked by the conservative sector in the U.S., was used in exhibitions during the cold war as a means to present the United States as a modern, liberal country. Presumably because of this, abstract art was not recognized and even considered too imperialistic for decades 5 after the revolution in Cuba. Only in recent years has abstract art been accepted officially in Cuba, and now enjoys increasing popularity. Some Cuban artists saw in it the opportunity to achieve success rapidly, because they assumed that abstract motifs have a merely decorative role.3 In Frómeta’s work it is not so much a question of aesthetic beauty as of the visualization of the unconscious identity.

Cuban Raúl Martínez (1927-1995), Chinese (Shanghai) resident Xiaobai Su (1949) and Spanish artist Antoni Tàpies (1923-2012) are painters who have impressed Frómeta on his road to abstraction. By the way, Tàpies, who has been praised as one of the great artists of last century and genius of abstraction, contrary to the opinion of many art critics, did not see himself as an abstact artist but as a “realist who sees his work as an attempt to capture reality and represent it for the observer“. Perhaps the concrete titles of Frómeta’s abstract paintings should be understood in this way. Of course, he is also familiar with the works of Vassily Kandinsky, the pioneer of abstract art. And although he ignores the contents of Kandinsky’s theoretical works, Frómeta’s paintings recall his thoughts, as expressed in Kandinsky‘s essay Über das Geistige in der Kunst (About the Spiritual in Art), first published in 1912. In it, the Russian artist defined, among other things, three types of images: impressions, improvisations and compositions.4 Accordingly, the compositions emerge from the subconscious. Such abstract painting, whether constructed consciously or subconsciously, is a composition of structures, colors and shapes (or non-shapes), and the distances between them. Frómeta’s abstractions, developed in the island state without the possibility of outside influence, are alive with bright colors. For him, color is, “the most universal language that reaches and directly affects all layers of society.“5 Or as formulated by Kadinsky, color touches the soul and makes it vibrate, for Frómeta, in the clear tropical light. 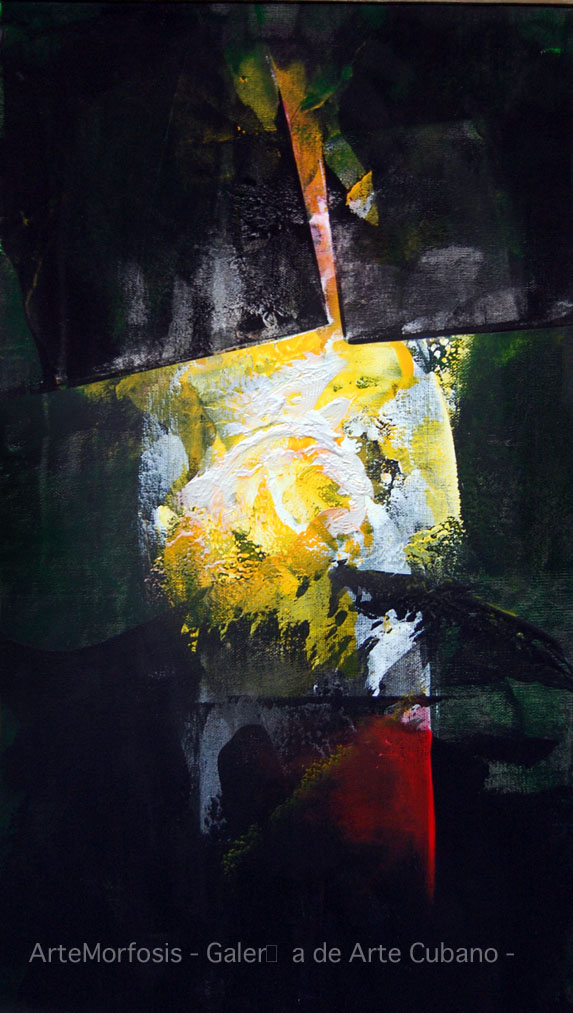